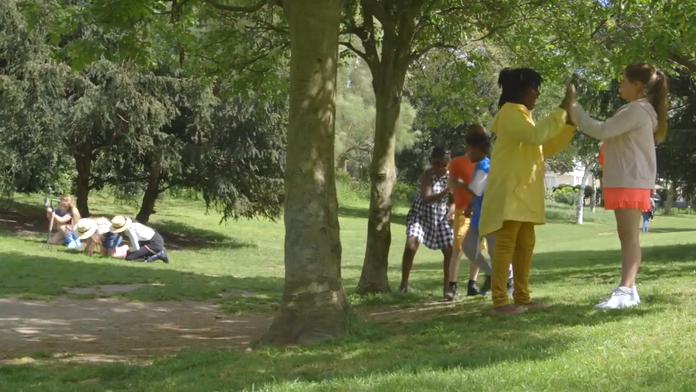 Congratulations to Yr 5 for their award winning film, 'Varmints'. Click on the link to see our film and how our children adapted the story from Varmints and brought it to life in Islington! Read on below for more information. 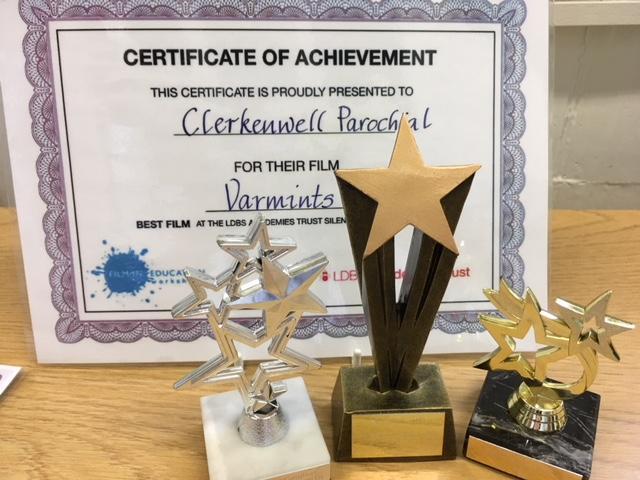 Yr 5 were given the opportunity to become film makers and worked with a professional film team to make a film in the ‘Silent movie’ genre using a story or idea of their own. This film was then to be entered into the London Silent Film Festival and also the LDBS Academies Trust Film Festival.

The children chose to make a film adaptation of a book they had been studying called ‘Varmints’, by Helen Ward. The children worked with the film team to story board and rework their ideas, consider how film crews go about planning the shooting and framing of film shots and preparing sets, props and costume to make it work.

We went to the premier showing of the festival films with all the other schools at the Criterion Theatre in the West End. To our absolute delight ‘Varmints’ was awarded... Best Film and Best Adaptation by the Acadamies Trust and Best use of a location and Annie Williams Teacher Award by the Primary Festival.

You will be able to view our film on the school website, alternatively copy in this link: